Thirteen UK centres offering controversial treatment for people with dyslexia have been shut down due to financial difficulties. Originally set up by millionaire Wynford Dore the centres were not cheap – £1500 for a 12 month programme.

Dyslexia is a condition which affects the ability to process language and in some cases also mathematics.
Many people see a link between dyslexia and discalculia although there has been little research on the latter.

Here is a very simple game for two players aimed at re-inforcing the term ‘one less than’ with numbers up to 6. This is aimed at children just getting ready to go to school or those who are in the Foundation Stage. It is a page from an exciting new venture called ‘You Are Brainy’ which will be launching at the end of the summer and they have kindly allowed me to put up one or two of their resources.

Maths game: one less than

As we move towards a lovely warm June out come the educational theorists who believe that children should not have a long summer holiday. The Institute for Public Policy Research has just published a report which suggests that pupils’ reading and maths abilities regressed because the summer break was too long.
Instead, the think-tank said the school year could have five eight-week terms, with a month off in the summer and two weeks between the rest of the terms.
Of course this is going to be difficult to implement because our schools are driven by exam timetables, but I could be convinced if children had the whole of July off rather than the present August, when the weather is not so good.
The same arguments were being put forward a year ago, yet we still cannot come to terms with the facts that our European neighbours children do better at school and generally have much longer holidays!

Now here is a maths worksheet for year 5 which would challenge many adults! 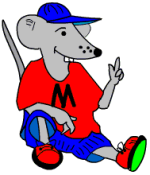 Writing large numbers in words is not easy but by the end of year 5 many children will be confident enough to read numbers in the millions. In the past, in the UK, a billion has been considered as a million million, but in the USA a thousand million has been thought of as a billion. This seems to be the norm in the UK these days as well so Neptune at 4 500 000 000 km from the sun can be said as “four billion, five hundred million km

It’s a while since I sent anything up for children in year 3 and for shape so here is a worksheet just for them!

The best way to go about this is to have some plastic or card shapes: rectangles and right angled triangles. If not, the worksheet can be printed out on to card and the shapes cut out.

It is quite possible to make all the polygons mentioned on the worksheet, and in fact an extension activity could be to make a shape with the most possible number of sides.

it is important to let children experiment with shape whilst using the correct language. Don’t be afraid to call a six sided shape a hexagon and remember that the sides do not all have to be the same length – this only applies to a regular hexagon.

Now that the SATs are over for another year the same old arguments are being put forward about how teachers will teach to the test rather than teach a broad and balanced curriculum.

It comes after controversy over the marking of SATs tests taken by hundreds of thousands of 11-year-olds in England this week and a critical report by MPs.

“Speaking and listening isn’t tested, so it doesn’t get much attention,” Professor Margaret Brown said.

Using and Applying Maths is the same – it is too difficult to create sensible tests so it tends to be ignored in schools apart from a few really good teachers who are very confident in what they are doing.

Here’s a nice little investigation for young children. Take two differently coloured dice and work out how many different ways that 6 can be scored when they are both rolled.

Not quite as easy as it might appear – for example you can not have 6 and 0 as a pair as each die must score something. Also is a red 2 and a black 4 the same as a red 4 and a black 2? These are things to discuss.

A pack of cards is a great resource for helping with maths at home. Here is a simple game that can help to develop the concepts of more and less.
What you need:

What to do:
Take a pack of cards and remove all the Kings, Queens and Jacks.
Give the rest of the pack a good shuffle and deal 10 cards between you and your child. Make sure they stay face down in a pile in front of each of you.
Decide whether the winner will be the person with ‘more’ ( a higher card) or ‘less’ (a lower card). This could be done by tossing a coin.
Each player turns over one card and they are compared. Is it more or is it less? The winner keeps both cards, or a score can be marked on paper.
After all the cards have been turned over the winner is the one with most cards or the highest score.
Further info:
This is an excellent way to develop a sense of number. Children can count the shapes on the cards and match them to the numbers shown on the cards, as well as learning what more and less mean.
Talk with your child about the cards which have been turned over ( “Wow! You’ve got a really high card!” “ Is mine more than yours?” etc)
Vary the number of cards dealt; 5 may be enough to start with.
If you want to make the scoring much trickier the winner could score the difference between the two cards (i.e. if a 7 and a 4 are turned over the winner scores 7 – 4 = 3.)

Quite a while since I put any maths word searches on the site so here is a straightforward one to do with data. All the vocabulary is aimed at year 3 children, but many older children will not be confident about the meaning and spelling of all these words.

The words can be found across and down as well as diagonally.

Good luck to you all with the SATs this week. I’m sure that if you have had a little practice on some of our worksheets you will find the maths OK. Remember, the results do not really mean a lot – there are many children out there who got a level 3 at 11 who have now got excellent University degrees!!

UK tests and league tables have made children the unhappiest in the western world, the teachers unions have claimed – make sure that you are not one of them. Enjoy yourself – let your teachers do the worrying!!