Whilst young children are not expected to know the term ‘ordinal numbers’ they are expected to know and understand terms such as first, second, third etc.
This is a simple wordsearch using these terms. All the words can be found either going across or down – there are no diagonals. It is good practice to help with reading and writing these words.

The 4 times table is a ‘middle of the road’ table which many children never get a secure recall of. It is, of course, double the two times table and all the answers are even.
Remember the danger is that some children are taught that they only need to count up the answers: 4, 8, 12, 16 etc. However, this is not very helpful if a child needs to know what 4 x 9 is; they do not want to have to go through the whole counting up in fours 9 times to get the answer. The whole idea of tables is that they are learnt, off by heart. To do this it is essential to say them out loud:

Internet access for low income families
The Government is beginning to put into practice its scheme to ensure that all school age children have computer access at home. They are piloting the scheme in Suffolk and Oldham in February by providing grants to pay for one computer, software, internet access and 3 years’ technical support. It will be aimed at those families on income support.
Jim Knight, Schools Minister says that having home access to the internet is fast becoming essential. He goes on to say,
“Schools are revolutionising how they educate faster than many families realise.  There is no substitute for good classroom teaching but day-to-day school work is increasingly web and computer based – and it is clear that students get better results where technology is used effectively at home to study, research and communicate.”
By the autumn of 2009 it is hoped to have the scheme operating nationwide.

Some quite difficult vocabulary is introduced in Year 2. We shall start with the recommended new vocabulary for Counting and Place Value.
Words to do with Counting and Properties of numbers are:
hundreds thousand
threes fours fives sixes
sevens eights nines tens
twenty-first twenty-second etc
tally multiple of sequence continue predict rule
one-digit two-digit three-digit
place value stands for represents exchange
Much of the new vocabulary will be concerned with the introduction of multiplication and division, so a word like threes will be used in a question “How many threes in six?”
Remember that new vocabulary should not be introduced in isolation, but in suitable contexts.

Below is a link to these words written so that they can printed be displayed.

Just one page is not enough for children to become confident with a method, so I have included here a second maths worksheet which uses the ‘moving towards standard written methods’ of 2-digit addition.
With this method the units are added and placed below the sum, mmaking sure the units are in line and the ten is placed in the tens column. The tens are then added and placed below. The crucial concept here is to remember that it is tens which are being added, so there will be a zero in the units column to ensure that the tens numbers are kept in line. Finally the two answers are added.
This method shows clearly what is happening and avoids the potentially troublesome ‘carrying’ of the tens when using the standard written method.
Moving towards standard written methods of addition (2) 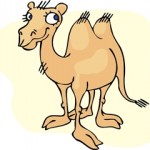 The 10 times table is often the second that is learnt by children, usually after the two times table. The reason for this is that it appears to be easy. Before attempting to learn the table children should have had plenty of practice counting up and down in tens.

However, there is a great danger with the ten times table in that many children are told to just ‘add a nought’ when multiplying by 10. This is disastrous to later understanding of place value and does not work when multiplying a decimal by 10 (eg 2.3 x 10 is not 2.30, it is 23).

Below are two free maths worksheets on the 10x table.

Don’t be surprised if your daughter seems to be doing better at school than your son!
It has been a fairly well known fact that girls do better than boys at all levels of education from the age of the first SAT tests at 7 up to higher education.

A new report has just come out which suggests that this is true at an even younger age. A study from the Institute of Education in London (part of the Millennium Cohort study) says that girls are two months ahead of boys in verbal, non-verbal and visual skills at the age of 5. They even suggest that girls are doing better than boys at the age of 3! END_OF_DOCUMENT_TOKEN_TO_BE_REPLACED

Here is another in our series of simple, single digit addition. This time there are two worksheets for adding 6 to a single digit.

These pages can act as ‘brain training’ exercises, to help children get to know the number bonds from one to ten so that they can answer from memory. Knowing off by heart all the additions of numbers from 1 to 10 is a great help with rapid mental arithmetic later.

adding 6 to a single digit page 1

adding 6 to a single digit page 2

Here is a nice little game that you can play at home with a partner. Make sure that you have got a pile of cubes that interlock. Sit with your back to your partner. You each have the same number of cubes (about 6 – 9 are quite enough) and to begin with, the same colours. One of you makes a quite simple shape from about 6 cubes. You then describe your shape to your partner and they have to try and build an identical shape – not always as easy as it seems!

This is very good practice at describing shapes. Children can be helped initially by giving them cubes of different colours, but later use cubes of the same colour which need more description.